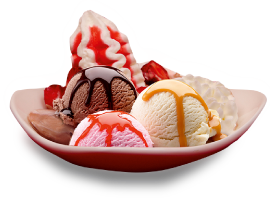 This journey started in the year 2006 and still going on in exciting and challenging way. Thanco’s Natural Ice Cream with one franchise outlet in the year 2009 we have opened 90+ franchise outlets across India till date. We would not have been able to achieve this without the quality and healthy product and “YOU”. We are sure, with all your same continuous support we will be able to become the No. 1 natural’s ice cream in Bangalore and all over India.

As we are one of the major players in Naturals Ice Cream segment and by adding outlets day by day, we are becoming one of the best ice cream brands of India which is big threat to major International and National ice cream brands.

Our variants are so wide, and Nature inspired, that its literally impossible for the mass player to compete us in this competitive world. We serve 80+ types of naturals ice cream flavours and we also developed special segment of sugar free ice creams for the customers. The main credit goes to Mr. Raghavendra K. Thane, who has taken all the odd challenges, and his vision to provide natures gift in the form of naturals ice cream to people, has really succeeded in today’s competitive market and is the best ice cream brand. With his business vision, today he has created good employment and entrepreneur opportunity to many youngsters and has become role model for many enthusiastic entrepreneurs. His approach towards the business has made many proprietary business holders think towards the approach of Ice cream business. Thanco’s Natural Ice Cream has the appreciation as the only company from Bangalore who supplied Ice Cream to the Global destination using its state of art technique. Thanco’s Natural Ice Cream has its factory in Bangalore and supply across India with specialized cold storage logistic to serve consumers. Our products are so fresh that it is just manufactured to serve you. As we always know that the people who are health conscious are also more conscious about the hygiene at store, so as our outlets are well designed with state of art looks and maintained hygienically to feel you more comfort and royal.

And the day to come, you will see more Thanco’s Natural Ice Cream in every niche location and dominating the major niche Ice Cream segment.